Games are such a fun way to cultivate excitement about learning. When kids get engaged in a good game, they can play for hours longer than they could sit and complete book work. If you can find one that your kids enjoy, let them play it over and over.

I'm focusing on Math this week in my 31+ Days of Hands-On Learning Stations series, and today is all about having fun with math games. 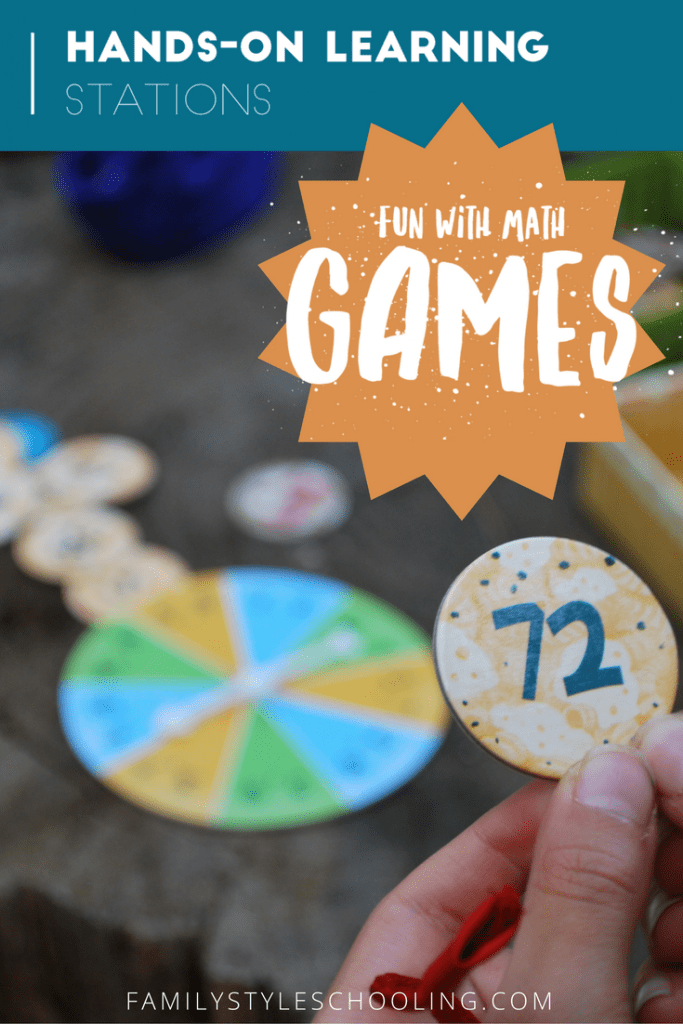 I received the Say Cheese Cafe game free from Logic Roots in exchange for my honest review. All opinions are mine. See my full disclosure policy for more details.

We have recently been struggling through learning our multiplication tables. I have two fifth graders and a third grader that really need practice. While scouring the interwebs for ideas, I stumbled across Logic Roots and their fun line of math games. I wanted to try them out, and I'm so glad that I got a chance, because this game could be a game changer. 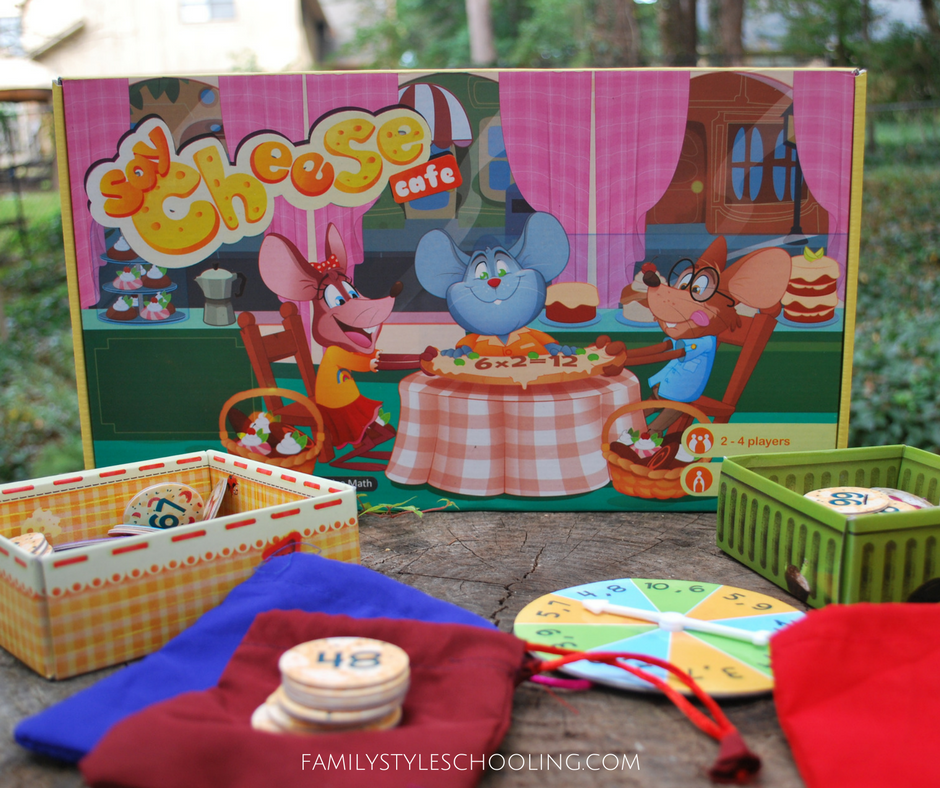 The concept of the game is simple. You're trying to collect as many pieces of cheese as possible. The way that you do that is by taking one from your bag,  call out the number on the disk as you throw it into the basket, and then you say "cheese" if it is a multiple of whatever fact family was spun on the spinner. If you can call out the math fact, you win all the cheese in the basket. (e.g. You've spun 5, 7, so you pick the 5 fact family. You pull out a cheese disk with the number "35" on it. You say "cheese" and say "5x7=35")

What Comes With The Game

In your game, you'll find a basket for cheese, a trash can for food that's gone bad, a spinner, 4 pouches, and 130 coins. The coins are numbered from 2 to 100, and then you have some special coins that make the game fun and interesting. 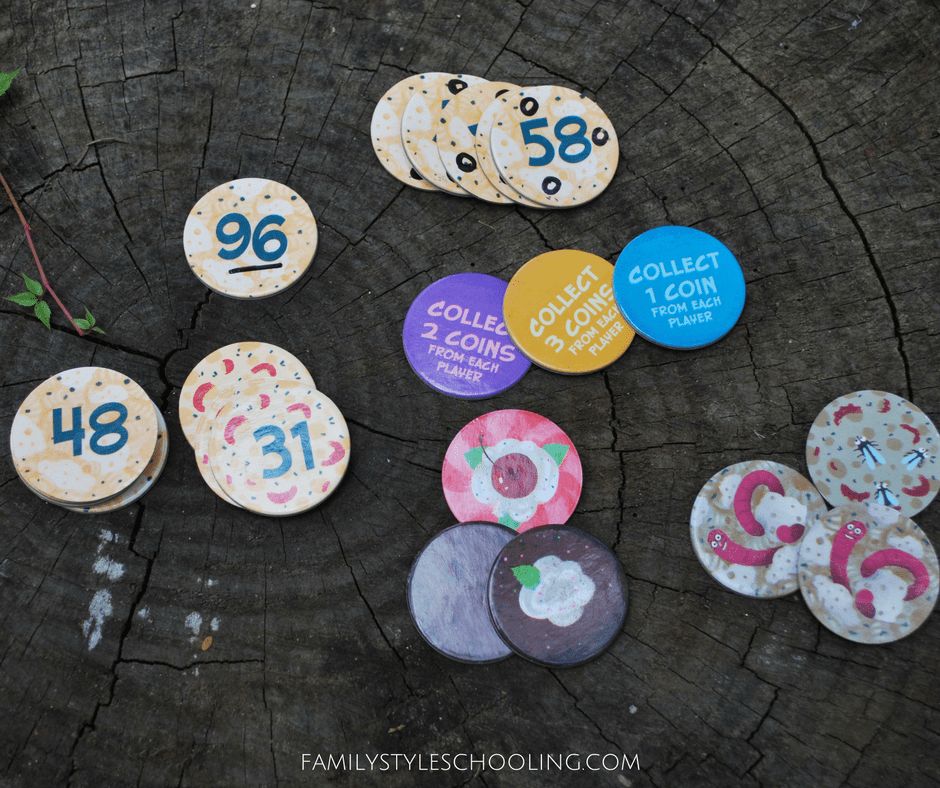 My kids kept getting confused about the sixes and nines. When they're by themselves, it's hard to tell them apart. You could just leave them like they are, and allow for game play to go either way, or you could just draw a line under one side to ensure everyone knew which number it was. 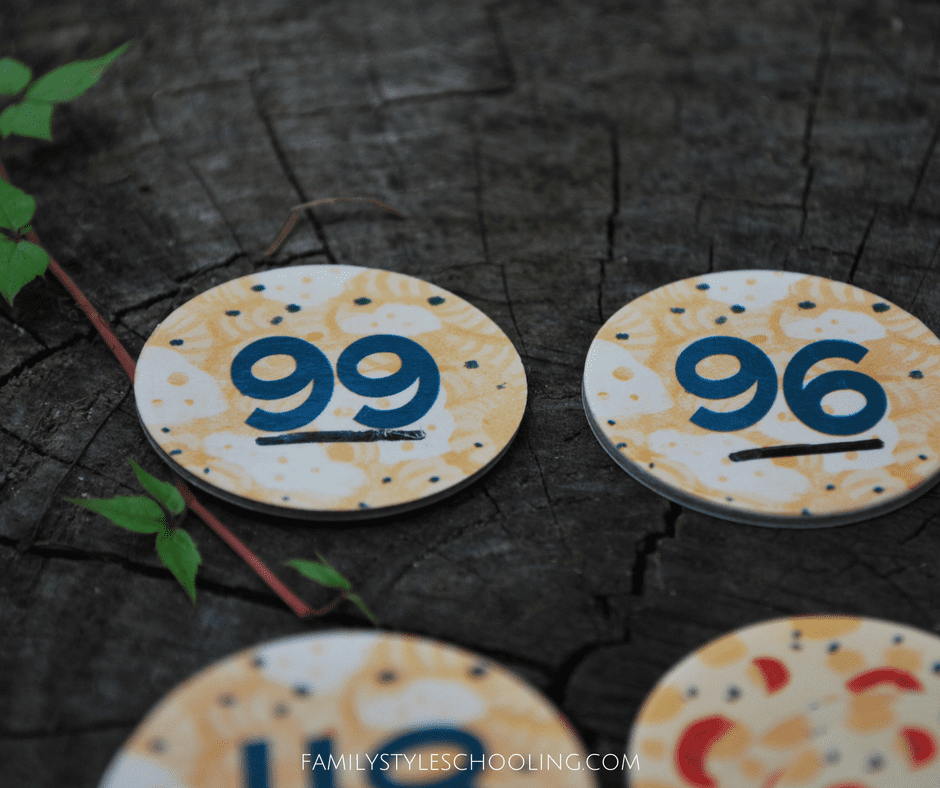 Since my group is really in the beginner stages of learning their multiplication facts, I scaled the game down a bit to help really focus on the basics. Once they're confident, I'll ramp the game back up to it's original play level, and we'll get some great practice in!

Here's what I did: 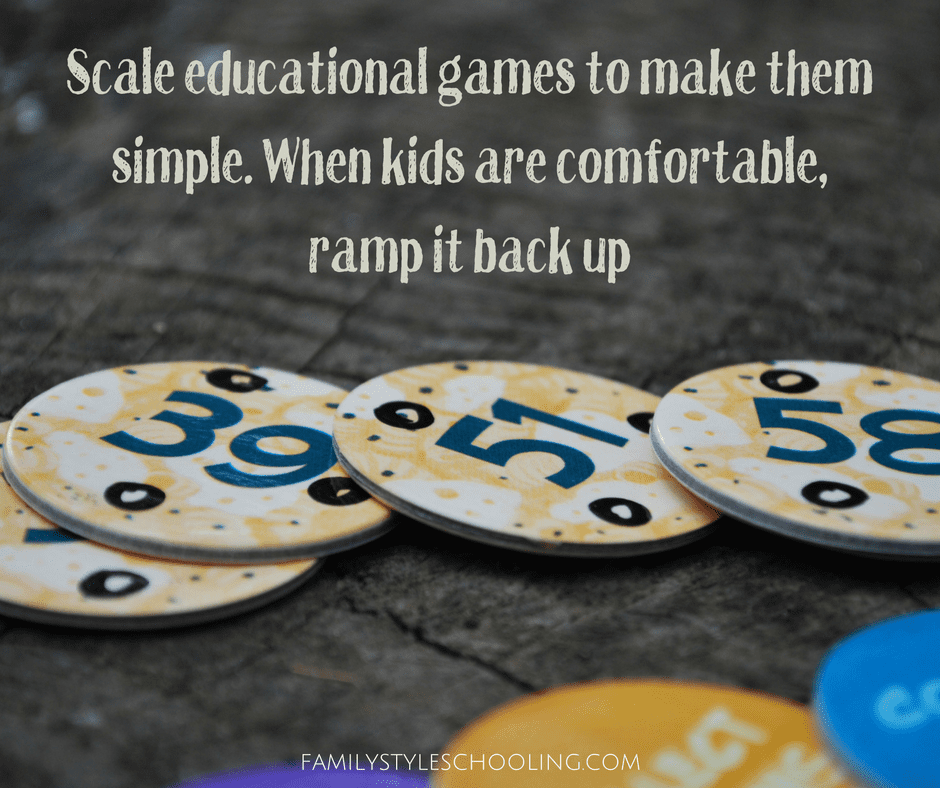 2. Next, we wrote down the times tables when someone chose it. Once they were written down, we would read the times table before the play continued. We got a TON of review in this way! 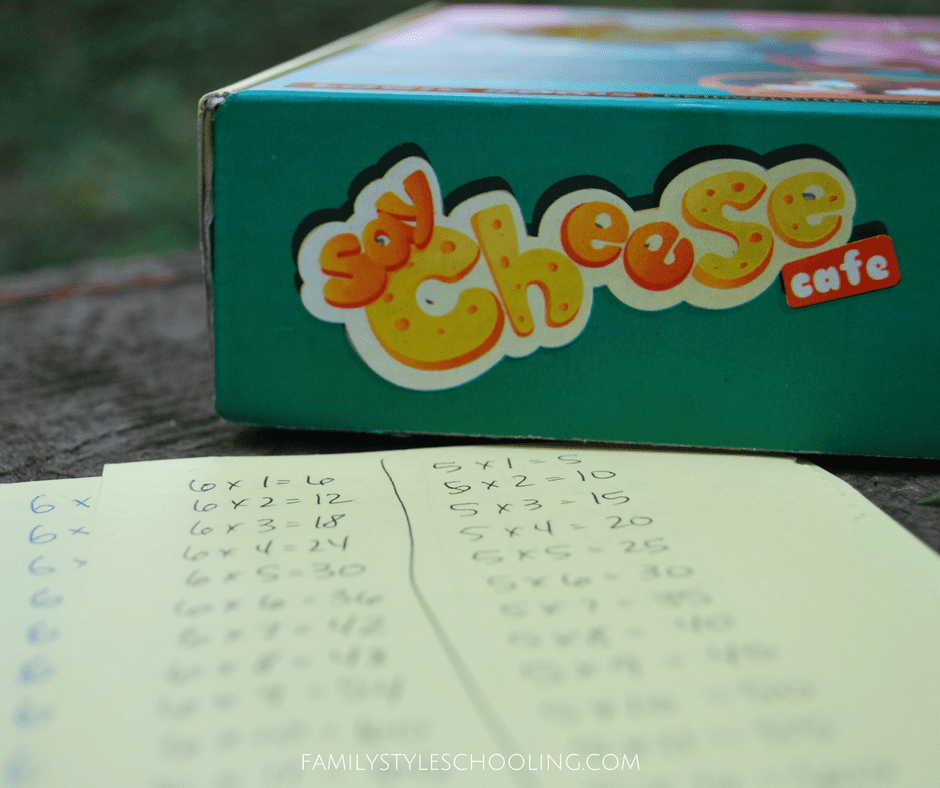 3. Play with someone who knows their multiplication tables until younger kids get comfortable. This helps relieve the stress of not knowing if they are correct. With a little practice, the game will be fun, and they won't want to stop playing! 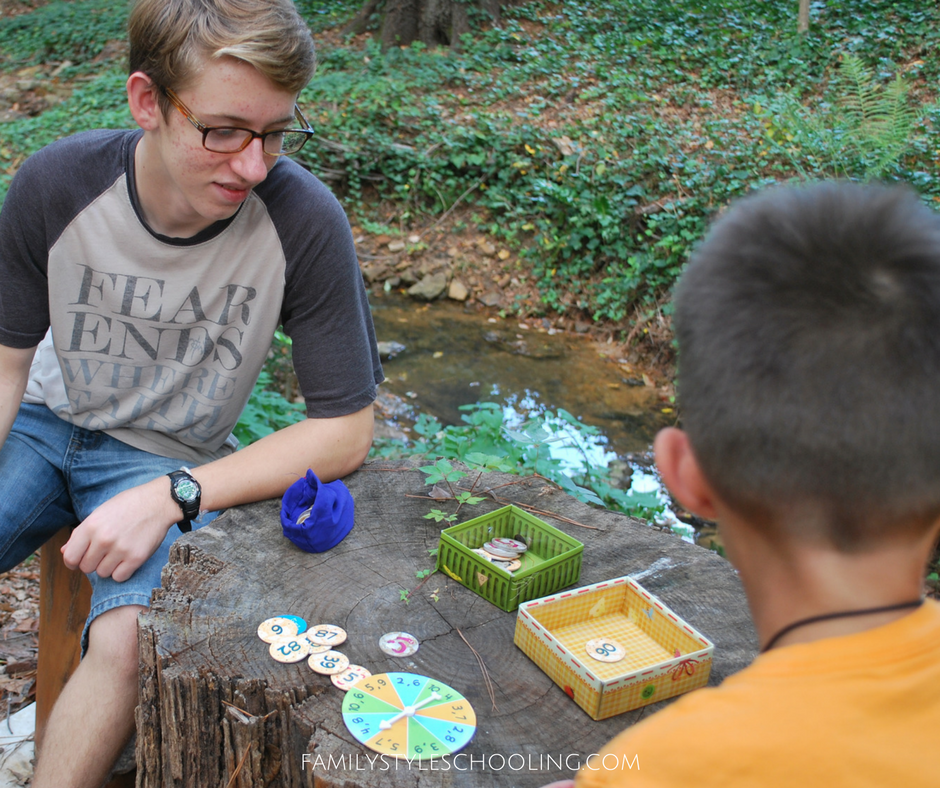 Once the game was adjusted to my kids' skill level, they couldn't get enough of it. They were begging to play it again and again! I think it would be great to just pick a fact family to focus on in the entire game if I really wanted to hone in on that memory work.

Any time you can get kids addicted to learning, you're going to get in more repetition, more enjoyment, and more ownership. They'll ask to play, and you'll love saying yes. Here are some other great options:

Mobi is a fun game that works like Bananagrams, but with numbers. You can play a speed version of it, but why not just let kids see if they can use all of the tiles to form equations. Work alone or in groups. 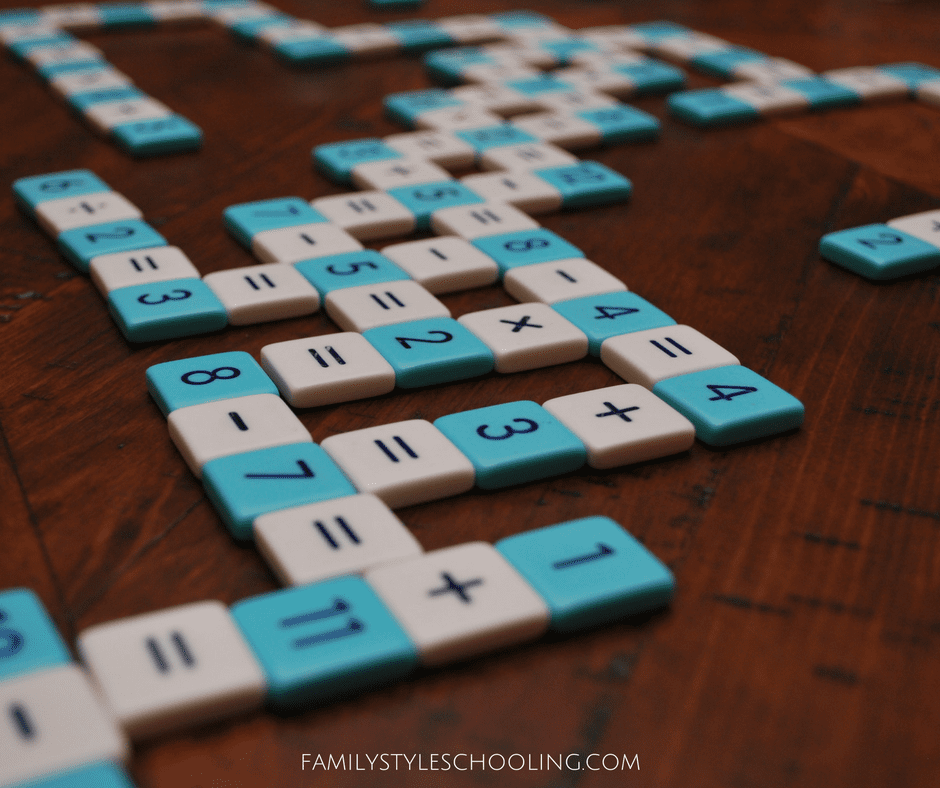 I love the math game ideas in this book. They're quick little games that can be played over and over once kids get the hang of them. Get a fun deck of cards, and kids will enjoy playing these great games. Check out these fun card decks:

What are some of your kids' favorite math games? 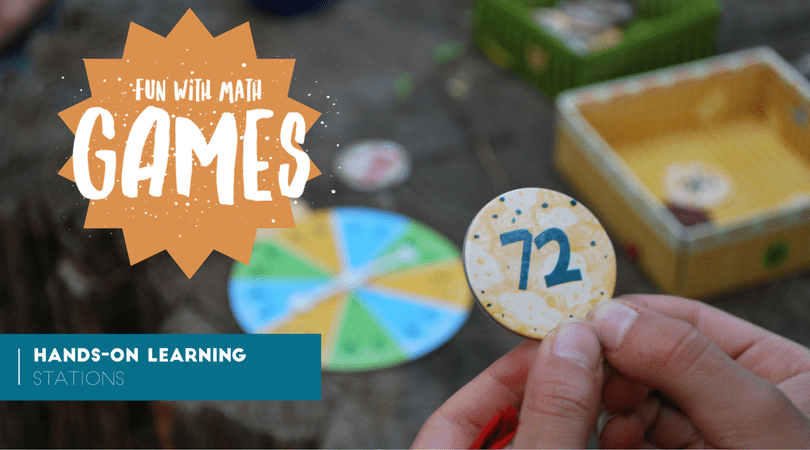 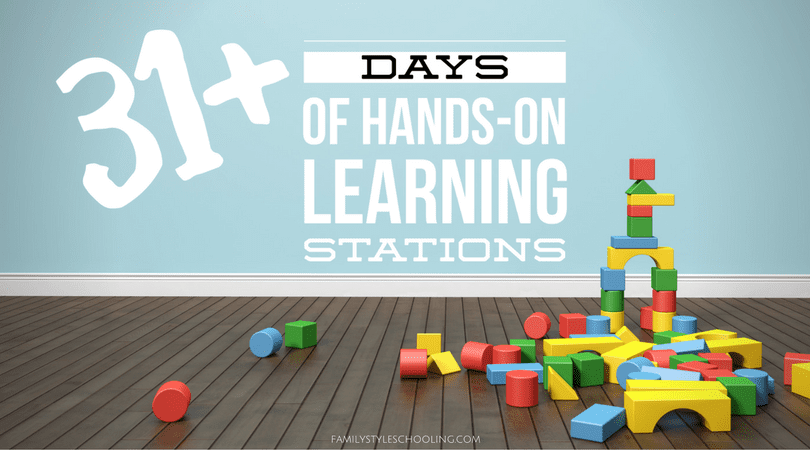 ← Math Facts Fun: Hands-On Learning StationsWhat Does the Gospel Have to Do With Parenting? →